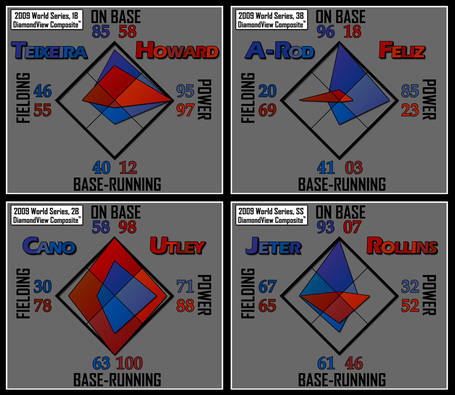 Full charts after the jump. 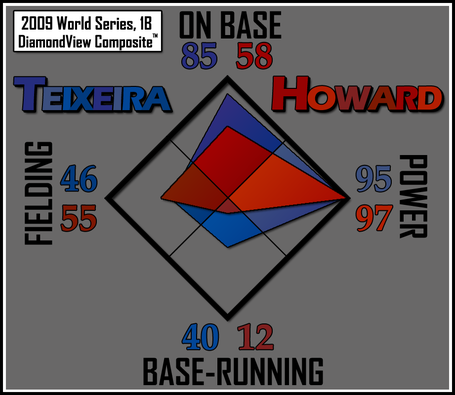 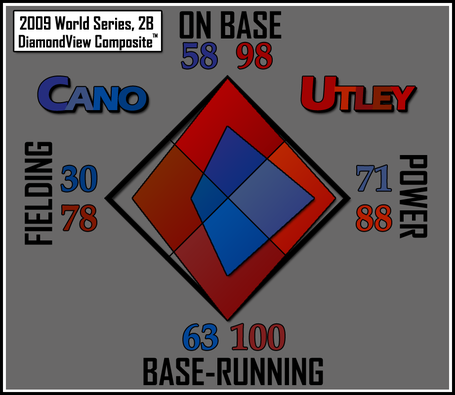 Chase Utley really did have a remarkable year, but he's ruining the way the DVC is supposed to function as a general 'positional shape.' Robinson Cano, against nearly every other 2B, dominates--but not this one. 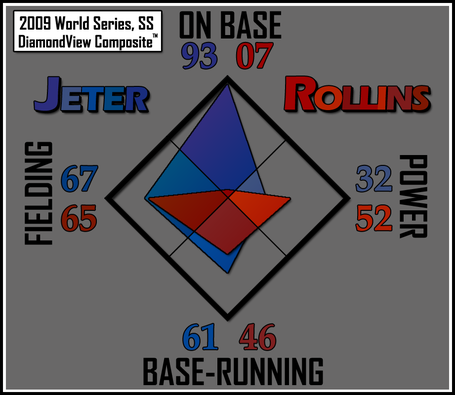 I had to check twice to make certain Jimmy Rollins' OBP score wasn't wrong. It really is that bad. He's at .296. 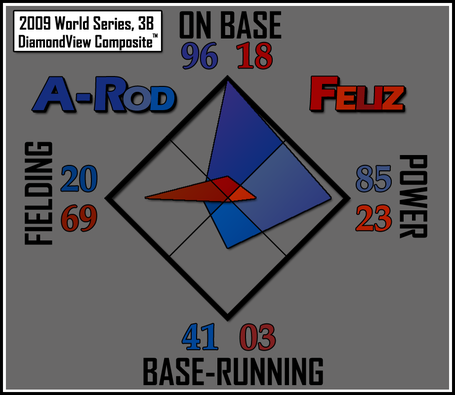 I usually avoid name abbreviations, but Alex Rodriguez's name just didn't fit. The weird part about this one is that I could've sworn I added Philly's 3B, Feliz, but it somehow didn't make it through compression.