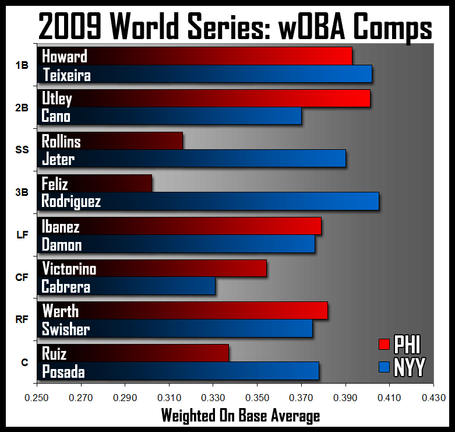 I started this second one for fun, and it is supposed show the relative strength of each team at each position relative to the other team's same position. It has a slight 3D skew to it, and Jon Peltier is right. The easiest way to tell the visual is off is by looking at the data above for 1B (Tex's 402 vs. Howard's 393). If the visual discrepancy wasn't bad enough (and admittedly I could just take the 3D snazz off of there), how exactly would the X scale be labled? Techincally, the measure is the percentage of each postion's combined wOBA. The current labels kinda suggest that 3B is the "New Yorkiest" of any position. I like the idea but it just won't work for this comparison without a major overhaul. 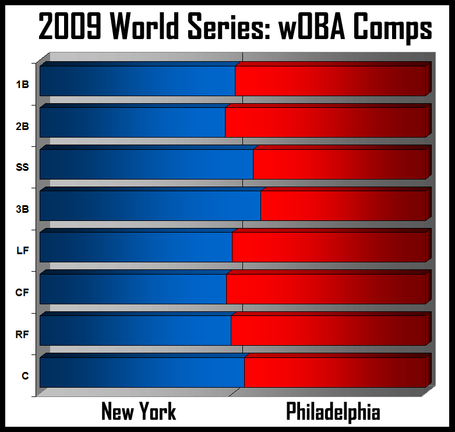 Any ideas how you would present the same data? Post yours and I'll put it in the OP.