Share All sharing options for: Slicing Up Bob Howry

In the Randy Johnson thread, things moved on into Bob Howry.  As a Cub fan, I lamented his performance and wished the Giants luck.  Or words to that effect.

The question surrounds Howry's fastball, or questions.  They are

I'm breaking time down by month.  The first two metrics are specific to the fastballs, and are based on PITCHf/x data.  The last two are general, and were taken from Baseball Reference (and they combine Mar/Apr and Sept/Oct).  For PFX sampling reasons, I'm using July-September 2007 and April-September 2008.

This is a test.  If this were actual analysis I would've actually tried this before.  We'll see what happens.

Actually, the Sides are just a hair short of the 17 inch plate.  The fat is 8 inches, 4 on each half, and the plate is 17 inches.  So part of each Edge is a rule book strike.  All of the Edges are within the zone that umpires and batters seem to actually see/play/call.

Updated: League #'s for the slices ... much more in the comments 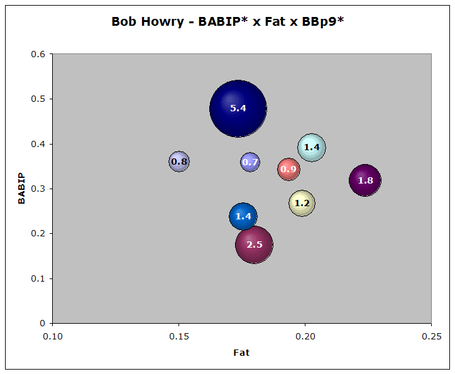 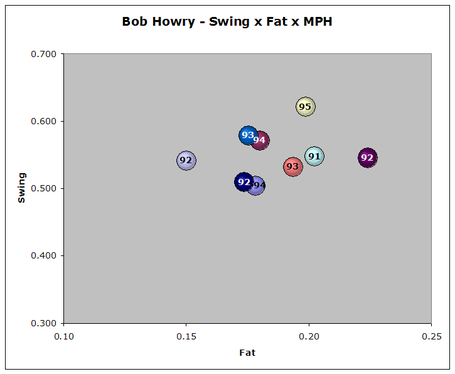 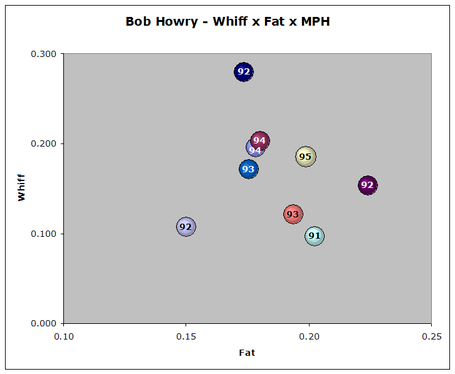 Yea, I'm not getting anything.  This was only a test.  The metrics applied may not be useful, the samples too small, the analysis too crude.  But, it is another way of trying to put PITCHf/x together with performance - something I've found challenging to date. 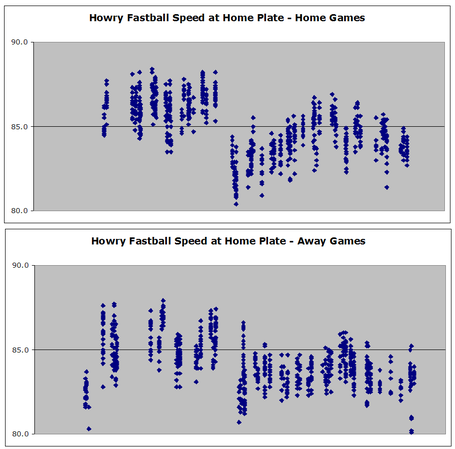 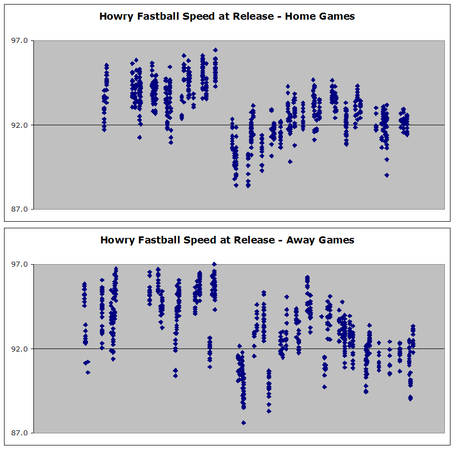