Who's Left?: Second and Third Basemen

Share All sharing options for: Who's Left?: Second and Third Basemen

Today we'll be checking out who's left on the free agent market at the positions of second and third base. This is the second installment in a series of posts that will be examining the free agent market by position. We'll be examining players by projected ISO vs. OBP for the 2009 season. You can find the first post in this series, here. Check it out if you missed it because it details some of the methodology we'll be using to examine players. 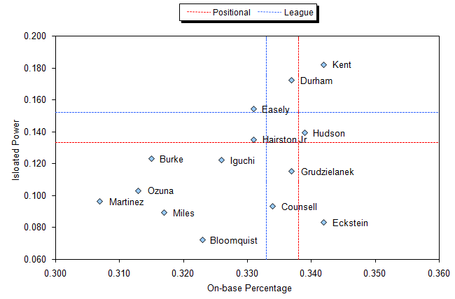 Thoughts on our second basemen group: 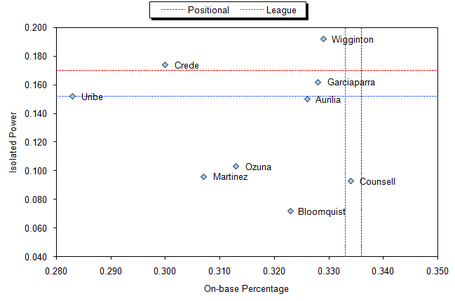 Thoughts on our third basemen group:

Next, we'll be headed into the outfield to see who's available on the free agent market at the positions of left field and right field.