Every single team can benefit from signing Mark Ellis. Don't believe me? 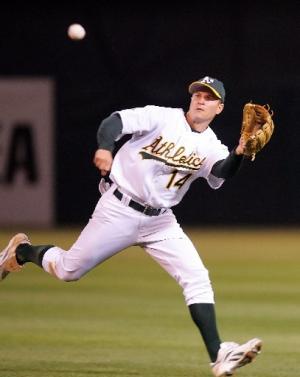 Arizona - Orlando Hudson is a free agent and the D-Backs have one of the best pitching staffs in the league, why not boost that defense up a level?

Atlanta - Walt Weiss began his career in Oakland and finished in Atlanta. Ellis is not Walt Weiss, but that's not important.

Baltimore - Could fill the shortstop gap and allow Brandon Fahey to do what he does best: act like a bird.

Chicago AL - With Alexei Ramirez moving to short the White Sox will need some defensive help up the middle.

Chicago NL - Can he really be worse than Mark DeRosa or Ryan Theriot?

Florida - Because apparently trading Dan Uggla is a possibility.

Kansas City - The Royals are due for another former Athletic.

Los Angeles - Blake Dewitt moves back to third and Ellis takes over at second.

Milwaukee - Because one starting second baseman is better than two.

Minnesota - He reminds them of a poor man's Nick Punto, when really it's the other way around.

Oakland - Billy Beane should be able to hold onto one of "his guys".

San Diego - Paul DePodesta and company have to know how undervalued Ellis is, and how nice he would look in their uniforms.

St. Louis - Adam Kennedy part two? Not so much.

Tampa Bay - Second base is one of the few positions the Rays can upgrade that won't have a stud prospect blocked for at least a few years.

Texas - Ian Kinsler is the better hitter but his glove loves something to be desired.

Toronto - Because J.P. Ricciardi does not have enough talented middle infielders all ready and could use Ellis to move Aaron Hill for another bat.

Washington - Not only can Ellis raise TV ratings, but he's got enough range to help the new president decide on national defense matters while he works on the Nationals' defense.